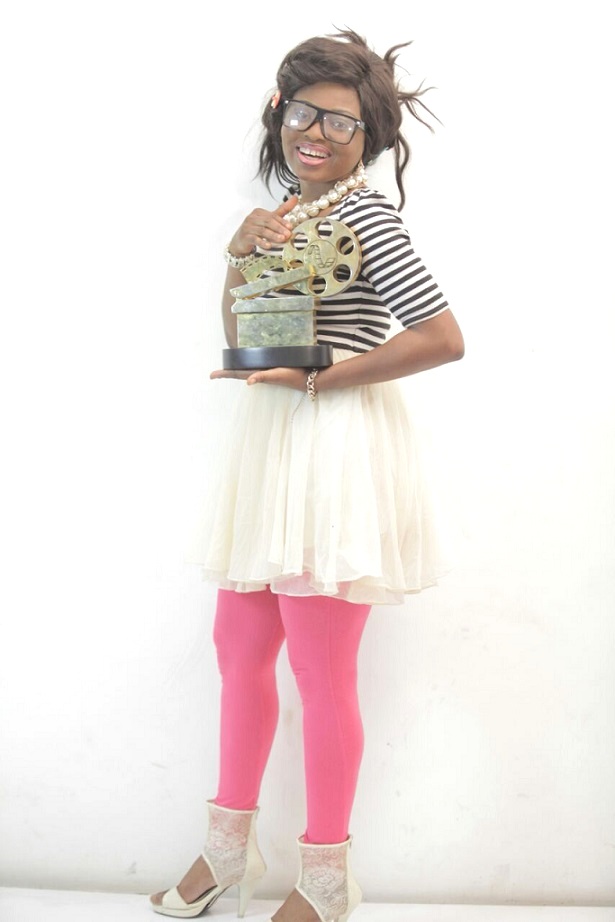 Ghanaian talented makeup artist, Blessing Felicia Ndinyah, popularly known in the movie industry as Blessing Mastermind, made Ghana proud after successfully winning an award in the 2014 Africa-Oscar film Awards in the United States of America.

The makeup artiste, who was not able to make it to the United State of America due to the fact that she had some uncompleted job in Ghana, fruitfully got a plaque this month from the producer (Chief Jerry, Nana Wiafe Akenten)of the movie titled ‘Obaapa Nisuo’ which made her win the best make-up artiste.

The 4th annual Nollywood African Film Critics, Awards (NAFCA) split their honors between history and spectacle Saturday night; honoring actors who have made history. The ‘African Oscars’ or ‘Black Oscars’ as its nicknamed by the press, heaped honors on several notable individuals.

Hollywood & Nollywood were equally represented on the red carpet at the star-studded sold out 4th African NAFCA Beverly Hills- 2014 as the Hollywood legends came out to support the prestigious Film and Honorary Awards.

‘ A makeup artist is a person who creates makeup and artificial items/Objects’ she added. Being the only Ghanaian to win an award at this year’s NAFCA, she stated that to her; makeup gives direction to what the actor/actress is doing.

‘A makeup artist sometimes plays a little equal role in directing and also makes acting a bit easier because a makeup artist is a person who creates makeup and artificial for theatrical performance, movies and for televisions’ she stated.

Apart from Blessing Mastermind who was nominated were movie stars: Artus Frank, John Dumelo, Kafui Danku, and others; unfortunately, they did not win in their respective categories.