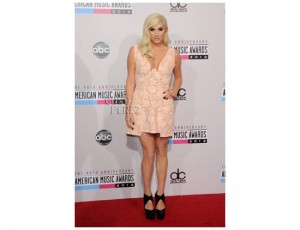 Pop super star Kesha has filed a lawsuit against her former producer Dr. Luke, for sexually, physically, verbally and emotionally abusing her for 10 years.

According to the filing, the 27-year-old singer claims that the producer, whose real name is Lukasz Gottwald, made repeated sexual advances against her. The lawsuit also alleges that Gottwald would force Kesha to use drugs and alcohol to lower her defenses.

According to Kesha’s lawyer, Mark Geragos, the lawsuit is a “wholehearted effort” by the singer to “regain control of her music career after suffering for 10 years as a victim of mental manipulation, emotional abuse and an instance of sexual assault at the hands of Dr. Luke.”

Gottwald’s lawyer, Christine Lepera, told TMZ the singer’s sexual assault lawsuit is “a campaign of publishing outrageous and untrue statements,” and claims Kesha and her mother have already admitted the statements are false.