Amazing Designs in Ghana: All .. 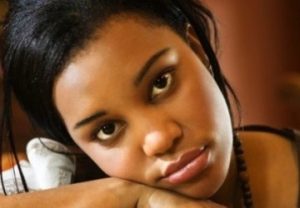 Nature seeks a balance. We are therefore often attracted to people who are just the opposite of what we are because we think by associating with them, we add to what they have.

This explains why introverts are often attracted to extroverts. The best example, however, is in situations where good women fall for bad men.

Many years ago during my graduate studies, there was this lady who was the apple of the eye of everyone. She was beautiful, intelligent, pleasant and decent. She had style and was also believed to be a virgin.

Naturally, many students, lectures, politicians, pastors and businessmen tried to track her down but she ‘bounced’ them all. Then word got round that she was taken. Everyone wondered who this lucky man was.

Well, he was the last person anyone could have guessed because he was wild, noisy, arrogant, naughty and a rebel. He grew a ‘wild’ beard and often revealed his chest hair. He almost had a personality disorder but this woman fell head over heels in love with him.

This man had many nice ‘things’ or beautiful girls. Sometimes, these ladies would ‘clash’ and when the man sent her away she would hang around for hours to see her man. The man made unrealistic demands and controlled everything she did.

He also often abused her but when the man told her the relationship was over she got friends to plead for her. The man refused. Everything including her grades and beauty went down with her.

Sadly, she went in for another naughty man and many wondered why good women fell for naughty men.

Painful early memories. Women who grew up in dysfunctional families and were abused or unloved especially by their fathers grow up with emotional pain. They are unconsciously attracted to the sort of men their mothers had and fall into a cycle of dating bad men who would create similar painful past in their attempt to heal their past.

For such women the greater the pains in their relationship, the more their early memories are activated and the stronger they hold on to the relationship.

If you try to get them out of the relationship they ignore you because what normally feels bad feels good to them.

Low self-esteem. Some women do not know what to look for in a relationship. They pick bad men and think all men are bad and that there are no good men left.

She puts all the problems in her relationship on herself and thinks it is because she is not doing enough. She is prepared to sacrifice everything to keep her relationship

Women with low self-esteem have love addiction. They are obsessed with love and think a relationship is the focus of life.

They have no reason to leave bad men because they think their relationship defines them and without it they are nobody. They are unwilling to give up bad men for good men.

Bad men are not afraid to get into trouble and are seen as attractive because they have seemingly powerful aura. By associating herself with a bad man, some women feel powerful – by association.

Bad men keep things interesting. You never get bored with a bad guy who has a sense of humour. He seeks attention and makes you feel desired, loved and sexy. He is also unpredictable because you never know what he is going to do next.

Women love surprises! Sadly some think if a bad man makes you feel good, you should stay with him and try to change him. They try unsuccessfully to change the wrong man into the right man.

If you are aware you are predisposed to going out with bad men, appreciate you have a big problem and seek help. Fact is you can never change another person. A man with bad traits will always be a bad man. He will always be selfish and put his interests ahead of you.

No matter how good you are you can never get a good relationship with a bad man. You must therefore, never keep your life on hold for a bad man in an attempt to change him.