7 Annoying Things Boyfriends Do That You Should Fo...

7 Annoying Things Boyfriends Do That You Should Forgive 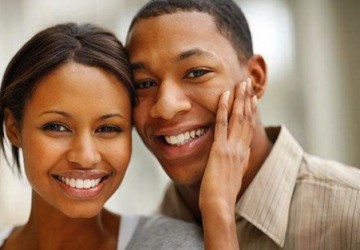 Your relationship may be amazing, but there will always be arguments over the annoying things boyfriends do. Some of these annoying things, you just have to forgive. If you can’t look past the small things, you won’t be able to appreciate the big things. Besides, I’m sure we all do things that are equally annoying, right? Leave their company for a while, lose your temper a little bit but, at the end of the day, you’ll have to forgive this sort of thing if you want your relationship to be a pleasant state to be in. These are the little, annoying things boyfriends do that, in the grand scheme of things, don’t matter so much (even if they drive you crazy).

1. Pants Everywhere
This is at the top of my list of the annoying things boyfriends do and I have to bite my tongue a lot. It’s probably more to do with me – I’m a bit OCD when it comes to cleanliness and tidiness. It’s like there is a mess but he can’t see it. He thinks it’s clean and so nothing needs doing. Ergo, he doesn’t want to do it. BUT IT IS NOT CLEAN. Still, this isn’t worth a massive argument and if you talk about it nicely, it’ll probably get cleaned in the end anyway.

2. ‘You Look Fine’
Are there any words in the English language more infuriating than ‘you look fine’? You know, when you’ve bought a new dress and you want someone to tell you it looks nice, but you get a quick glance and a ‘fine.’ It’s not meant in that way though – I’ve just found that most men aren’t that bothered about the clothes you’re wearing and that isn’t necessarily a bad thing. Still annoying, though.

3. Friends First
Sometimes, it can seem like he’s putting his friends before you – like barely stopping to say hello before he’s out the door and heading to the pub, or too focused on football to ask how you are. As long as this isn’t all the time, it’s ok. I’m the same when I’m shoe-shopping, or when I’m meeting my girlfriends for dinner. Sometimes, you won’t always be the centre of his attention.

4. Thoughtlessness
I don’t know if this is a sweeping generalisation or not, and I know that there are certainly exceptions (I’ve found an exception now). Sometimes, though, men can suck a little bit at doing the small things, like taking your rubbish out for you so you don’t have to do it, or bringing you soup when you’re sick. Just remember that it’s most probably not intentional and they would like to do those things. If they remembered. It can get you down if they never do it, though.

5. No Enthusiasm
This can drive me crazy. Sometimes, you’ll come home and be really excited about something, an excitement you want to share with your boyfriend. But he just doesn’t get it. He’s over the moon if his football team wins, but not that bothered if you’ve FINALLY got a reservation or tickets at the place HE really wanted to go to.

6. Selective Hearing
Women tend to get the old selective hearing argument thrown at them, but I think men are the main culprits. Oh, so you didn’t hear me telling you about my new dress? That’s strange, because you heard me ask you if you wanted a cup of tea.

7. Big Babies
Sometimes, men are massive, massive babies. They whine, they moan and they struggle to look after themselves when they’re ill. They need either you, or – even worse – their mum to look after them. Sometimes, it can be nice to look after someone. Sometimes, this can be very, very annoying. But, then again, nothing beats having someone to give you a cuddle and make you soup when you’re ill – it’s all worth it in the end!

Obviously, this is all very subjective to me. I’m not saying that all men do all of these things! And even if they do, it’s worth it if they’re wonderful in all the other ways. Besides, I could make a pretty long list of annoying things that I do. What does your boyfriend do (or forget to do) that drives you crazy?