The 5 Sexiest Photos of ‘Ahuof.. 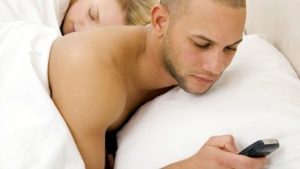 There is nothing more vulnerable than a man who has fallen for a woman. If women appreciated just how fragile a man in love is, it’s likely we would use the power we have to get exactly what we want in our relationship.

I’ve learned a lot from men after discussions with hundreds of them across several different mediums. I was a relationship consultant at a big newspaper, then an editor-in-chief at one of the very first sites to make money on the web, a women-owned and run soft-core venture. While there is no one answer to making a relationship work, my expertise was earned in the trenches, so what I’ve discovered is worth considering.

Men want love and marriage as much as women. I’ve found they’re simply more fragile when the connection deepens.

As a man adjusts to his feelings for a woman, the first thing he has to navigate is how much he wants to get you in bed. That’s because if it doesn’t go right there, he won’t see any point to paying attention to his heart.

Without sex, what you have is just friendship, and that’s simply not enough to make a modern relationship last.

All great love begins with not being able to keep your hands off one another. This heat binds you and quickly becomes the most searing experience in a new relationship. The intimacy that takes two people beyond friendship opens a man’s heart — and yours, too. This physical connection makes all the difference as time goes by. It’s a place to which you can return to rekindle what first sparked your passions.

When men think about commitment, their first instinct is providing and protecting, regardless of the equality standards of today. The man who is ready for love needs the woman he has set his sights on to respect his primal impulses, even when you can pay your own bills and have the tools to protect yourself. It’s part of what makes a man who he is.

That requires a woman to give a man what he needs to feel secure. It all begins with loyalty.

A man’s got to know that you can build intimacy with him that goes beyond what you have with your girlfriends, your mother or sister. A relationship is about the two people and has no room for anyone else. You both need your friends and have to keep enjoying and playing with the people who are so important to you, but these people shouldn’t get access into the inner sanctum and secrets of your relationship, not ever.

When a man falls in love with a woman, his whole world shifts. He begins thinking about the life you can have together and what is expected of him. Most men will still take on the role of protector, envisioning himself as your champion. Most importantly for him, he sees himself as the provider of your happiness.

Women, on average, are emotionally stronger and we deal with change and ups and downs much easier than men. We are more resilient. Women forgive more easily than men do, especially when it comes to affairs of the heart. This is changing, because of our independence, but according to the interactions I’ve had over many years, women are still more willing to forgive, if not forget.

It’s ironic that when a man gets caught cheating, he says it was “only sex.” In my experience, that’s not how he feels when the woman he loves admits to cheating. Perhaps it’s because men see themselves as more physical, while they believe we are entirely emotional about sex, which hits them harder.

That’s an incorrect analysis, because women are just as carnal as men, even if they’ve not caught up to this modern feminist reality.

Men simply don’t digest disloyalty very easily or quickly. In fact, the hit to their heart, their ego and their manhood often cannot survive what they see as the ultimate betrayal. Another man being inside his home, taking conquest over the woman he loves, protects and for whom he provides.

This is the one thing that surprised me most in my own marriage, which came after decades of single bliss. When my husband and I talked about cheating, he simply couldn’t get his head around the concept of forgiveness if the man in the relationship is giving everything he has to the woman, but she chooses to cheat.

That’s because if a woman is cheating, the man sees this as the ultimate statement that you’re unhappy. This means the man who loves you has failed at his most important job. That crushing news will destroy him emotionally and dismantle everything he thought he had with you.

For most men, there is no going back and no way to undo the damage. 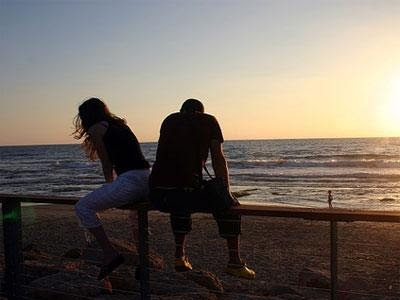