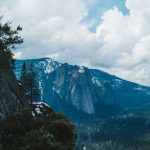 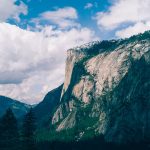 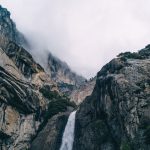 Leonora Okine, born July 11, is an award-winning Ghanaian actress and mobile content solutions consultant. She is best known for her roles as Natasha in Different Shades of Blue (2006), Stephanie in Desperation Season 1&2 (2010) and Angela in Tinsel since 2012.

She was born in Accra to Leo Aye Okine from Dawu Akwapim in the Eastern Region of Ghana and Francisca Bortey from Nungua, a suburb of Ghanas capital, Accra. She is the fourth of eight children; five brothers and three sisters. She is not married.

Growing up, she wanted to become a neurosurgeon. Hence she read Science at St. Marys Secondary School and did a bit of Biological Science at the University of Ghana, Legon.

After University of Ghana, her dream to become a neurosurgeon changed because she felt the journey was going to be too long. However, she was sure God had His own plans for making her lose interest. If she couldnt enjoy the journey, then it was not for her, she guessed.

Then she went on to enroll at Ghana Institute of Management & Public Administration (GIMPA) to read Operations and Project Management. But currently, she finds herself in the creative arts industry, precisely acting.

She had a stint with Ghanas movie industry after playing the role of Natasha, a feisty and calculating socialite in Sparrow Productions Different Shades Of Blue in 2006.

Spurred on by the notable success Different Shades of Blue enjoyed with its long run on TV and the great reviews she got for her acting, Leonora decided to take acting more seriously.

She has since featured in a lot of award-winning movies in addition to hit TV series. Prior to her acting career, she was deeply drawn into the then fast-growing telecom sector in Ghana. She took up key roles in mobile content provision industry, fast becoming a local expert and the country representative for a renowned American mobile contents provision company.

She also had stints with the countrys largest drink-bottling company and a radio station where she showed a lot of promise as a managerial talent. Initially, when she was offered the opportunity to act, Leonora thought it was a distraction that could derail her corporate ambitions. But she went ahead to take the challenge.

She went to Sparrow Productions to discuss the publics involvement in selecting Miss Ghana via SMS and voice calls during the pageant. CEO and Director Shirley Frimpong Manso then hinted her that she could play a part in her first TV series she was about to film, Different Shades Of Blue.

Leonora decided to get Shirley some girls for the film instead of her. But that didnt pan out. She was worried she wouldnt be taken seriously if she combined work with acting as she was bent on becoming successful in the mobile content provision industry.

However, she auditioned for the role and fortunately she was cast for the role. Many years later, Leonora now says, So yeah, Im grateful for that. Some of the movies she has starred in are Enemy Of My Soul, Insurgents, Beautiful Monster and Blood & Chocolate.

After Different Shades Of Blue, she went back to concentrate on her career in the mobile content provision, and then went back to school as she was not ready to take acting seriously. Then while in school, late 2009, she got called to play Stephanie in Desperation.

She accepted the role because she felt she could combine school and work, which she was able to manage somehow. She couldnt have done it alone because it was truly hectic. After season one came the movie Enemy of My Soul.

In 2009, she played Tamara in Secrets by Eagle Productions. It was fun, she said.Then in 2010 came Insurgents, Beautiful Monster (movies).  At this point, she began to wonder if acting shouldnt be a road to take. Finally, she decided in 2011 that she would take acting seriously. So she felt ready to go the whole nine yards; auditions and all.

She was actually glad she took her time to decide to entertain TV and film lovers for as long as she could. Due to Leonoras talented acting skills, she was cast for Africas longest running soap opera, Tinsel on M-net in 2012.

She replaced Nigerias Matilda Obaseki, who had played the role of Angela Dede for five years since the inception of the series viewed by thousands of Africans.  Her debut was season five, episode 776 of the series.

The programme has become a thought-provoking daily soap-opera that the African film industry is proud of. A number of established Ghanaian actors have been on the soap before.