There is nothing wrong with dating older women ...

There is nothing wrong with dating older women – EL 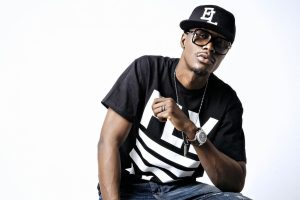 Popular rapper EL has revealed that he once dated an older woman and that he finds nothing wrong with it.

According to the 2015 VGMA Best Rapper, the woman was about five or six years older than him and very beautiful.

However, he had to let go of the relationship because she had to travel out of the country and he wasn’t ready for a long distance relationship.

“I have been with an old woman and there is nothing wrong with it. I am just being hon­est. Yeah, I have dated an older woman before. She was about five or six years older than me; it wasn’t that drastic. She is beautiful. We still talk to this day. She is presently outside the country but then she was in Ghana,” he said on ZTV on Wednesday.

“We dated briefly three years ago. It didn’t last for too long; a few months and she had to go and I don’t do long distance. I was then in my late 20s and she was in her early 30s,” he added.

EL reacted to a wide range of interesting questions about his love life, his kind of lyrics and how his family receives some of his lyrics.

He revealed that his mum was not a fan of some of his musical contents because of their explicit nature.

“My parents haven’t heard Hold Your Buttocks. They heard Shelele. My mum heard Shelele and Shelele is actually a very explicit song at some point. So she doesn’t like it when I talk about some things but there are issues that have to be addressed; and as a social commentator, I have to address them. So that’s exactly what I tell her.

“When she heard the song, she texted me and said we had to talk. I didn’t go home for three (3) weeks so she couldn’t have the talk the way she wanted to have it. So by the time we did have it, all the feelings had come down. I told her, ‘Look, let me express myself; I am an artiste’.

“My dad doesn’t say anything. He is very quiet. My mum is my dad’s linguist so if he has a problem, he will tell my mum and my mum tells me. But directly we are very cool. I know he hears my songs and he is like, ‘your mum doesn’t like this but yeah that’s my son.’ He is cool.”