I don't need your advice

Some of Africas Top Models and.. 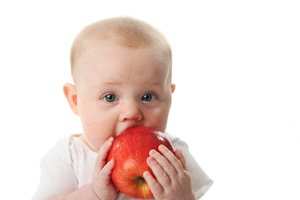 Anything that disturbs a laboring woman’s sense of safety and privacy will disrupt the birth process. This definition covers most of modern obstetrics, which has created an entire industry around the observation and monitoring of pregnant and birthing women. Some of the techniques used are painful or uncomfortable, most involve some some transgression of bodily or social boundaries, and almost all techniques are performed by people who are essentially strangers to the woman herself. All of these factors are as disruptive to pregnant and birthing women as they would be to any other laboring mammal – with whom we share the majority of our hormonal orchestration in labor and birth.1

Buckley embraces an evolutionary perspective on pregnancy and childbirth. Such a perspective affirms the natural process of gestation and birth and recognizes a woman’s genetically inherited capacity to give birth without medical intervention. In the same way that we evolved to eat a species-appropriate diet (i.e. paleo), we evolved to give birth in an undisturbed environment. This innate system of birth has been refined over 100,000 generations. It involves a complex, finely tuned orchestration of hormones that prepare both the mother and baby for a successful birth and catalyze profound neurological changes that promote the bond between a mother and her new baby. And just as we experience health problems when we stray from the evolutionary dietary template, women are more likely to experience complications and difficulty in labor when they stray from the evolutionary template of “undisturbed birth”. In this series we’ll cover everything from the safety of homebirth to the little known side effects and risks involved with common interventions like ultrasound, epidurals and Pitocin. I urge you to keep an open mind when you read them, because they challenge cultural norms and ideas that are so deeply ingrained they have often gone unquestioned.