The Ashanti tribe of Ghana: A look at their weddin...

Join the fever of multi-colour.. 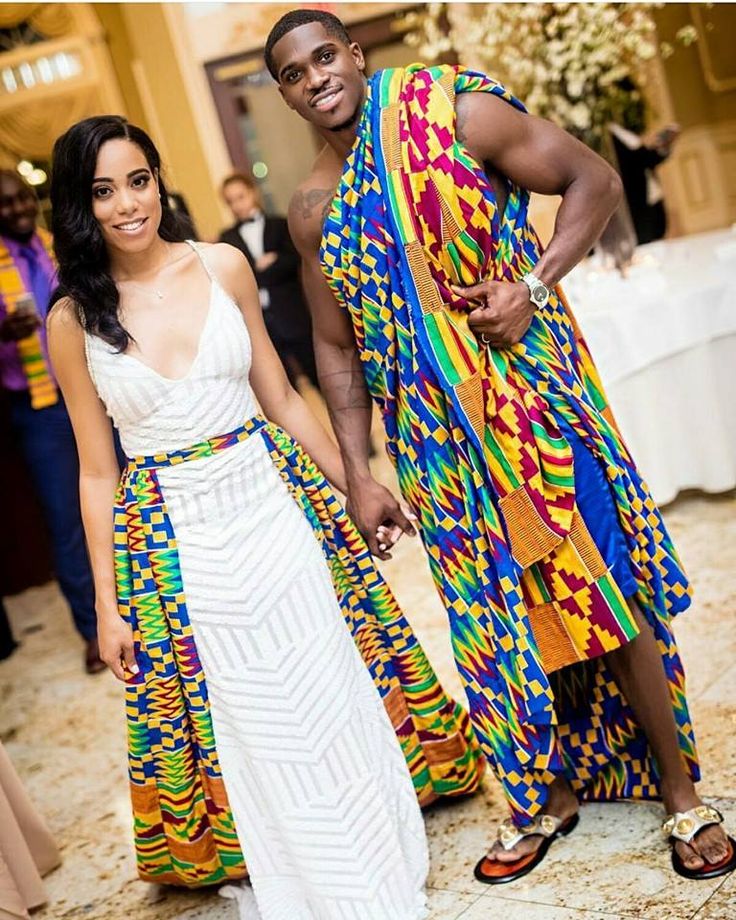 The Ashanti tribe in Ghana are also known as an Akan people and their tribe is the largest tribe in Ghana and they are one of the few tribes in west Africa where their ancestry is traced through the maternal line in the Akan tradition when a man wants to get married he first has to seek the consent of the female in concerned through secret meetings known as “kasasie” after which the man would tell members of his family who if they consent would carry out investigations on the girl and her family background.

After this, the family of the guy would make their intentions known to the parents of the lady in question this is the first step to the marriage rites known as ‘abowmu bodze’ or ‘opon-akyi bo’ (knocking ceremony) which usually involves a pot of palm wine or a bottle of schnapps sometimes some amount of money is added to the drink. 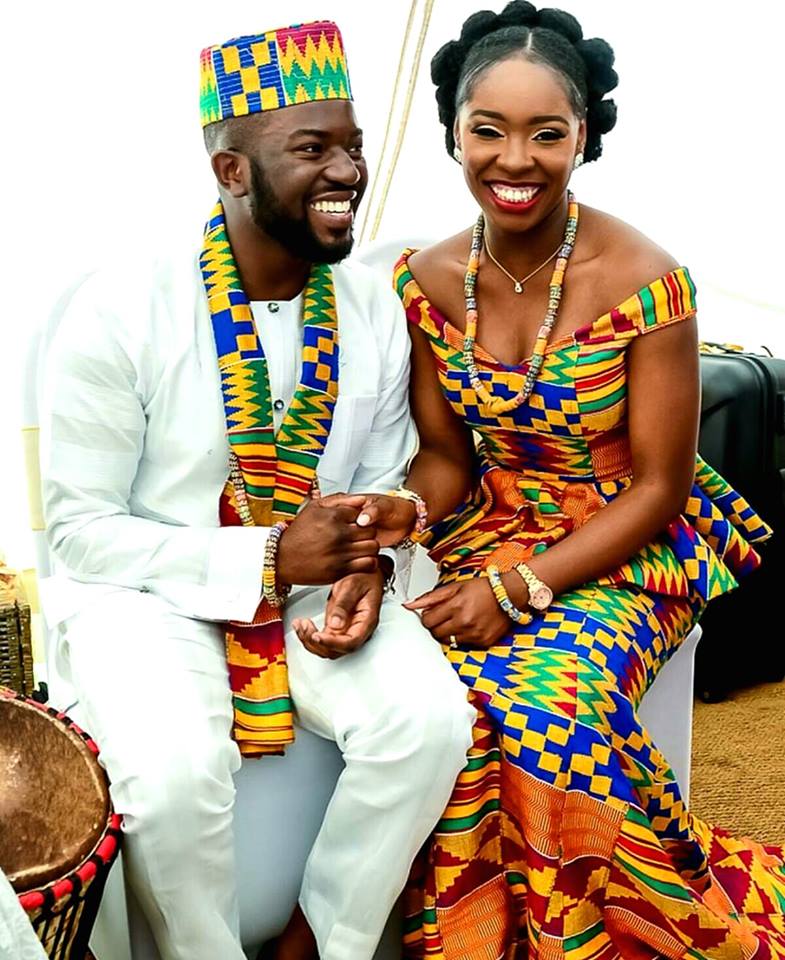 If the parents of the lady consents then the next step is for the father to pay for the marriage expenses of a son which isn’t exactly the case this days as son’s tend to fund their own bride price. Before the day set for the wedding the groom is required to send gifts to the bride which include clothing’s and jewelry, trunk box, a mat and a stool. 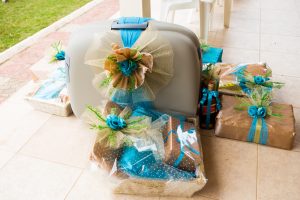 On the day of the wedding which like many African tribe is a day where the community comes together to celebrate a family, the groom sends delegates from his house to escort the bride over to his house. Drinks are poured out before she leaves her home ( a sign of respect) and then if she has any brothers they would ask for a brother-in-law’s protection fee, this is another payment that has to be paid before the bride can be allowed to leave her parents house. The brides are adorned in minimal jewellery and beads and they tie the kente just like their grooms and adorn their heads with bead or gold. 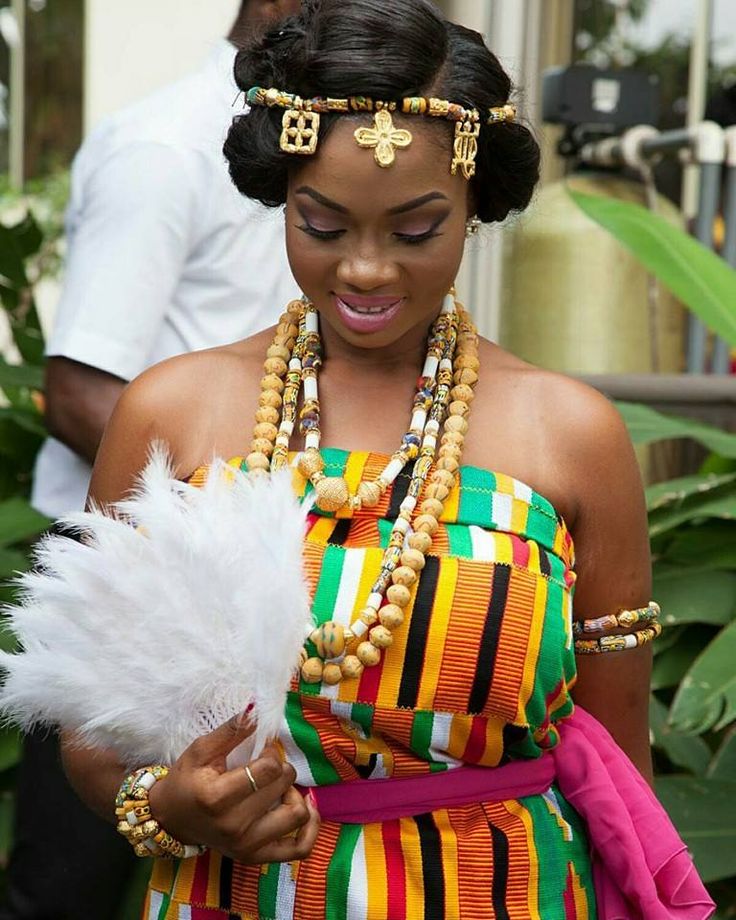 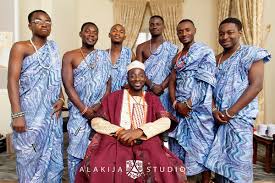 The groom and his groomsmen. 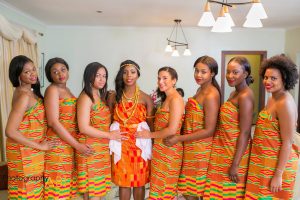 The bride and her bridesmaids 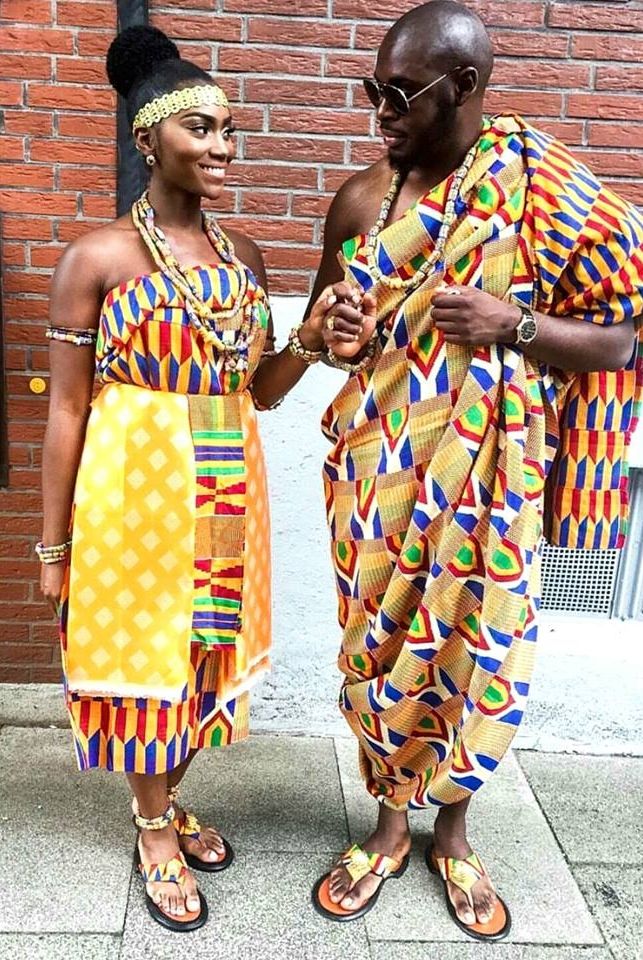 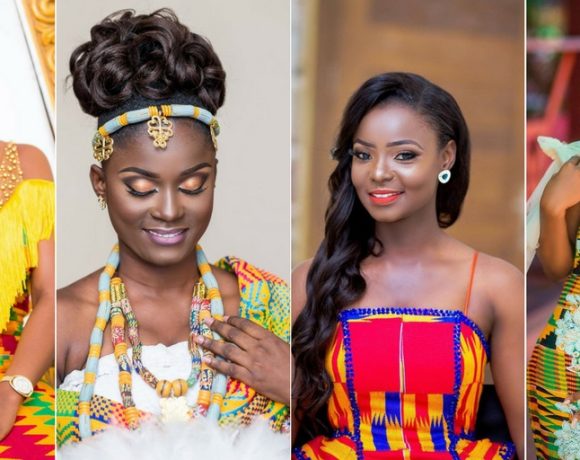 Ghanaian ladies In Their Traditional Wedding Outfit – Be inspired 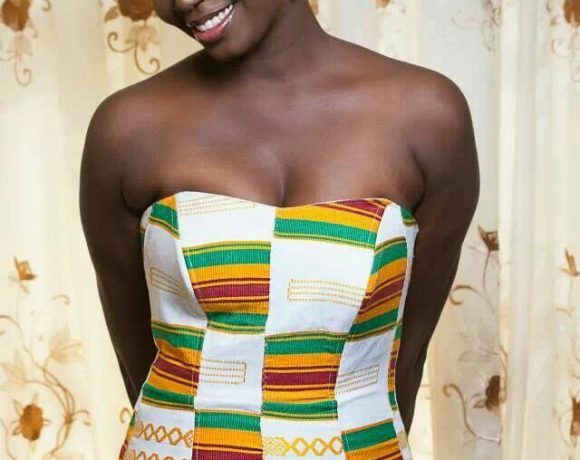